Our News The Mathematical Model of Success

The Mathematical Model of Success 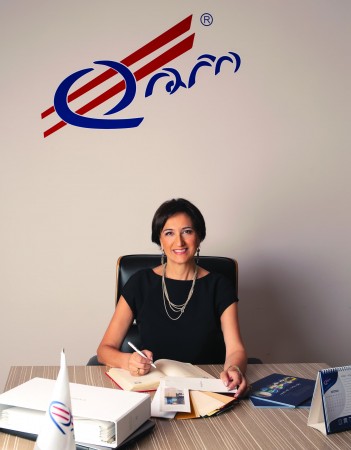 When asked about the main story of his life, he recalls a parable: about two frogs in milk, one of which escaped drowning only because he did not give up his escape until the milk turned to butter. Irma Daushvili's personal philosophy is as follows: Fight and do not give up! The struggle begins with student life, along with the struggle for Georgia's independence. Her life included both the Round Table and the student protests, the events of April 1989, and the 1992 Civil War. Her own character never allowed her to watch events from the sidelines - so he stood in the streets of Tbilisi, including in the buzz of bullets.

The combat-loving profession also chose a difficult one. Irma is an mathematician, like her mother. There was a period when she wanted diplomacy but didn’t come out. The father played a crucial role here - he did not send his middle daughter to study in Russia or Ukraine, but in Tbilisi at a time when this profession was not taught anywhere. When she finally returned to mathematics, it was here that she first encountered the perception of gender inequality. "At our faculty, we always felt that women were not loved at all. We had to prove that we could study mathematics like men. "

When the struggle for survival began in Georgia in the 1990s, a maximalist by nature and an already graduated mathematician began working at the Computing Center of the Ministry of Health. Here, unlike at the university, there was one girl in the whole team surrounded by boys. When this service was disbanded, she was able to work as an engineer-operator in the "Savings Bank". Then there was tutoring, baking cakes, importing medicines, working at the ticket office, and for a while working in the government chancellery.

To the question, what was the motivation for starting a business in the difficult 90s? Irma Daushvili has a simple answer - she wanted to change the situation of her family at that time. For 23 years now, she managed to change both herself and others!

The changes, on the advice of a friend, start with the business of blinds, or "Irma boys", as Irma Daushvili's company was called by acquaintances at that time. Little was known about blinds in Georgia in 1994, so Irma's first clients were diplomatic missionaries and construction companies. However, this was not enough and so she was looking for more customers. "A woman who dreamed of becoming a mathematician was invited to walk down the street and find clients. It was not easy," Irma Daushvili emotionally recalls. "Foreign Fruit" was brought to Georgia by charter flights, even when the main source of communication in our country was pagers. She was worried when the order was delayed, it was already beyond her capabilities, until the production started here in Georgia in 1997! A year later, she founded the company DIO, which stands for Daushvili Irma's Organization. Then her friends told her that the organization is not a family, however she likes it more - "DIO" or Daushvili Irma’s Family! This company is really a family for her, the business has been run by two sisters and one brother for 23 years with the same vision and the same culture. She says that "Dio" would not have been so successful without the support of her brother Tamaz Daushvili. Her sister, Tamar still has a big account. In her opinion, being a cousin's partner is a pleasant challenge, which they treat with dignity. 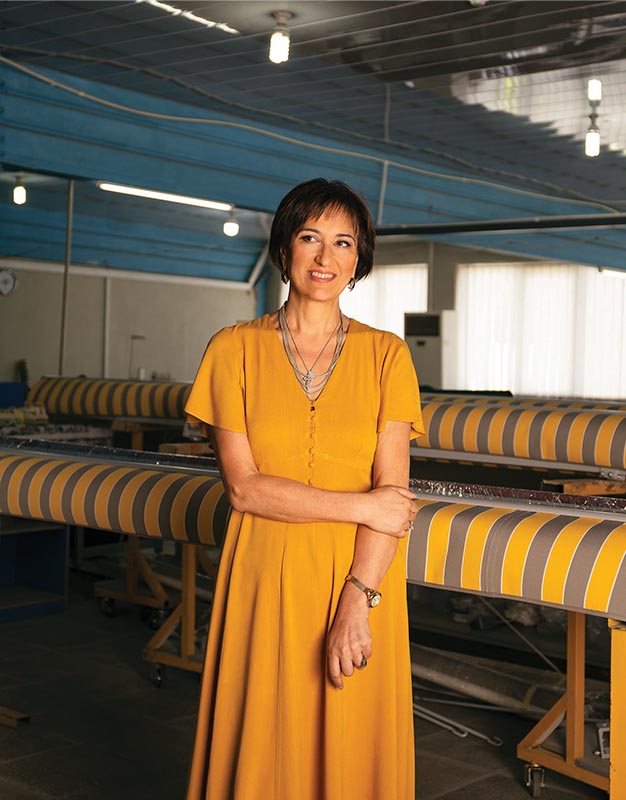 There were also questions before the confession. For example, "Do you think this product is interesting for anyone now?" She was upset, but she was ready to answer that spring-summer would come and she would be visited by many. Years later, Irma, the author of this question, also "visited" with a different story - as soon as the first advertisement of DIO was aired on TV, her phone rang, this time her success was recognized! 23 years have passed and again the feeling of unstable environment is disturbing, it is worrying that the lack of professional staff in the country calls it the Georgian approach. Even in this environment, DIO is the leader of the blinds market with 70% share. 70% of Irma's company is also in the segment of tents and shades, DIO successfully positions itself in the market of metal-plastic and aluminum windows. In total, her company produces 70 types of products. Starting with 5 people, it has 170 employees today. Quality, modernity and punctuality - this is the formula for the success of the indestructible Irma family.

A personal family consists of two children and a spouse. She believes that when she got married at the age of 38: My husband is a doctor, physiotherapist Davit Vashadze. I will say that I was lucky. He is very patient with my business. Probably when you love it doesn’t happen any differently. On certain issues we radically differ in character and interests, which makes our coexistence even more interesting. However, one thing we have in common is that we are both successful in our work. “Says that the main thing is the degree of involvement in the lives of children and not the hours. Attend so much that the girl is the chair of the parents' committee at school, and the boy, the committee member. Totally trying not to miss important moments, though still missing - not seeing how her son took the first steps. Here a militant and successful woman becomes emotional - Irma cries at the recollection of this story. I tried. I break a few seconds pause. We start talking about women’s rights and challenges. We both agree that women in business have a lot more work to do for recognition than men. "There was support, but it was to the point where they felt they had an advantage over you. I have seen many times when after some stage they no longer want your recognition, however, obviously not everyone behaves like that. Men probably have an inner code - not to recognize a woman's success. I do not think that this is a Georgian syndrome, it is expressed differently in different cultures. According to official statistics, there are few women in business, parliament, government, but according to unofficial statistics, in addition to Georgia, women keep immigrating.” – Irma Daushvili’s citation.  While talking about this topic, I considered it necessary to quote her. She makes her own modest contribution to official statistics. At DIO, which is considered a less feminine business, 35% of its employees are women. Irma is also actively raising the awareness of its employees. The company has been involved in an international project for the empowerment of women for two years now. Sexual violence issues are openly discussed at DIO. Irma has another personal philosophy: as a human being, as long as you exist, you should take care not only of your own well-being, but also of changing the environment around you. For this, she is fighting for a successful and motivated group of women, including the Business Leaders' Union "Women for the Future". 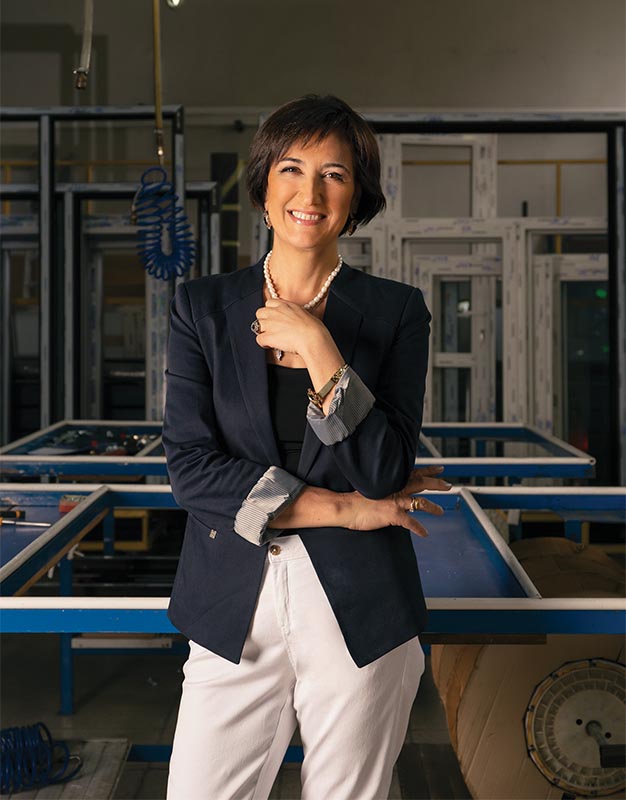 Mathematics is everywhere, even comparing the ways of success to the mathematical model. Can you tell me where the peak of success is? This is not my question, it’s Irma's question. She herself believes that success brings purpose, care for development and overcoming obstacles. "For me, all difficult situations are tasks, I try to find the answer to this task, for me it is a mathematical model. That's how I overcome challenges. "Solving each such problem is a step forward," she said, recalling the words of the great physicist Einstein: “Think 99 times and find nothing. Stop thinking, swim in silence, and the truth comes to me. ” The mathematician absolutely agrees with the physicist because she believes that the path to success is difficult but interesting!

I will not hide it at the end of the interview either - I think that Irma Daushvili is a really successful woman, and talking to her is very interesting! This has been acknowledged many times before me. Irma Daushvili became the first female businessman in Georgia in 2017 to win the Veuve Clicquot Business Woman Award. Irma is also the holder of the UNDP Gender Equality Award. Unable to pursue her academic dreams in the 1990s, she recently returned to school and enrolled at the University of Sheffield. Wanting to share the accumulated experience with others, now she is learning exactly how to do it right.